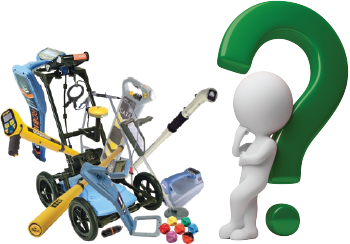 Need help with your Locator Selection? FREE Shipping via ROAD for orders over $500 ex GST - Free

Leak detection made easy is the premise behind the Dielectric MGD-2002 Multi-gas Detector. Leaks in most pressurized systems can be located with pinpoint accuracy Through the use of common tracer gases such as Helium or a Hydrogen/Nitrogen mix.

Whether youre identifying leaks in underground tanks, pipes, cables or tracing a leak in almost any pressurized system, the MGD-2002 has the sensitivity youll need to locate the leak accurately and efficiently. The MGD-2002 performs equally well with either a Helium or a Hydrogen*/Nitrogen mix tracer gas.

Helium is non-polluting, non-reacting and safe to use, making it the ideal tracer gas when applied to critical systems. In addition, the sensitivity of the MGD allows Helium to be mixed with ambient air in large volume systems further reducing the cost of use.

The MGD-2002 is equipped with a rechargeable Ni-MH battery pack that provides over 8 hours of use per charge. In addition, the Multi-Gas Detector can be recharged with the AC or car adaptors included in the kit.

With only a 30 second Power-On Self-Test the Multi- Gas Detector is ready to go when you are!

1 Years Return to Base Warranty